Hi there! Thank you for visiting my site and for supporting my stories. On this page, I take the time to introduce myself, telling you a bit more about my personal life.

Let’s start at the beginning

I was born in Tenerife, one of the Canary Islands in the Atlantic Ocean, in August 1992. Although my family moved to Belgium when I was about two years old, I will never stop seeing myself as a ‘chicha.’ The island will always be a part of me, and I try to go back as often as possible.

I studied commerce for two years and then continued to four years of tourism in high school. Though a good student, I didn’t feel the need to continue pursuing academics. I started my job at Brussels Airport at age 18, working for a handling agency. The job entailed a lot of different facets; check-in, (de)boarding, taking care of unaccompanied minors, etc. I worked there for four years before moving on to my current job in Customer Support for a Belgian tour operator. There is a lot of variety in the work I do now, but mainly, I help people during their holiday who encounter a problem (in their hotel, with their luggage, something personal, etc.).

Considering my chosen career so far, it’s no surprise to learn I’m quite fond of languages, culture, and traveling. I speak Dutch, English, French, and Spanish fluently, and some Italian, German, and Mandarin. Japanese is on the way, thanks to a lot of anime. Knowing so many languages has always been very useful in my job or when going on holiday. Plus, it’s funny to see someone’s reaction when they suddenly realize you can understand and answer them.

One last fun fact I wish to share; I am an avid Disney, Star Wars, and Marvel fanatic, with The Little Mermaid and the Thor movies being my absolute favorite. That being said, if you know someone who looks like Eric or Loki and is single, send him my way.

My love for literature

There is more treasure in books than in all the pirate’s loot on Treasure Island. Walt Disney said that. And you know what? He was right. To be able to read and write is an absolute joy and enriches my life every single day. But it’s a bit more personal for me.

I was severely bullied in my childhood. So much so that I hid in our school’s library during breaks. The first stories I read as a child were, of course, fairy tales. But during those hiding sessions, I found myself taking books with many strong characters. Those who stood up to the villains and fought them against all odds. They were my comfort and my strength. They became my friends.

It got better in high school - I became more sociable with my classmates, but I still preferred to simply sit on my own during breaks and read. Even now, I never leave the house without a book in my purse. Old habits die hard, I suppose.

My regular hobbies (baking, drawing, cosplay, etc.) weren’t enough to fully disconnect from a sometimes very stressful job. Though I dabbled a bit during my teen years, I started my first real attempt at fiction by writing a YA drama. But that didn’t work out quite so well, so I took a step back and looked at what I liked to read. The answer was simple; fantasy and historical drama.

I finished Fallen Angel in September 2021, after writing and researching for a little more than four years. Currently, the book is under rewrite/editing as part of the Wattpad Bootcamp & Mentorship Program, which I am so grateful to be part of. A prequel to this tale, How The Morning Star Fell, is in the making and will center on the book’s secondary couple and how their actions lead to the events in Fallen Angel.

The intriguing realm of FanFiction.

I joined Wattpad in November 2019 and AO3 in December 2020, where I discovered a whole new world (Disney-pun intended). The first stories I looked up were all from the series I followed, and I was in awe at the creativity of all these different authors who were able to twist the stories to make them their own. Me being me, I decided to try my hand, staying fairly close to my preferred genres.

Daughter of Heaven, a Supernatural FanFiction, was the first one posted. Who can resist the Winchesters, after all? My love for Disney and Marvel then got the better of me, prompting me to create Loyalty and Mischief, a Loki FanFiction, and You Must Remember Me, a Bucky Barnes FanFiction. And I recently began The Lost Flower Of The Hidden Leaf, which fans will recognize to be a Naruto FanFiction.

It doesn’t take much

It really doesn’t. A tiny spark will do. If an idea speaks to me, my mind immediately wanders off and creates something out of it. As a result, I’ve written several short stories using prompts from Wattpad Contests. One particular collection, though, is a more personal project. The Imaginations of Worlds Beyond are stories based on the songs of the Belgian symphonic metal band Worlds Beyond, whom I am in collaboration with.

I can’t say much yet for obvious reasons, but I did mention before that the prequel to Fallen Angel is in the works. Stay tuned for further news on that. And apart from this, I plan to write a WWII drama based loosely on my grandparents.

I am honoured that you took the time to read my bio and visit my site. If you weren’t already enticed to read one of my stories, I hope you are now. 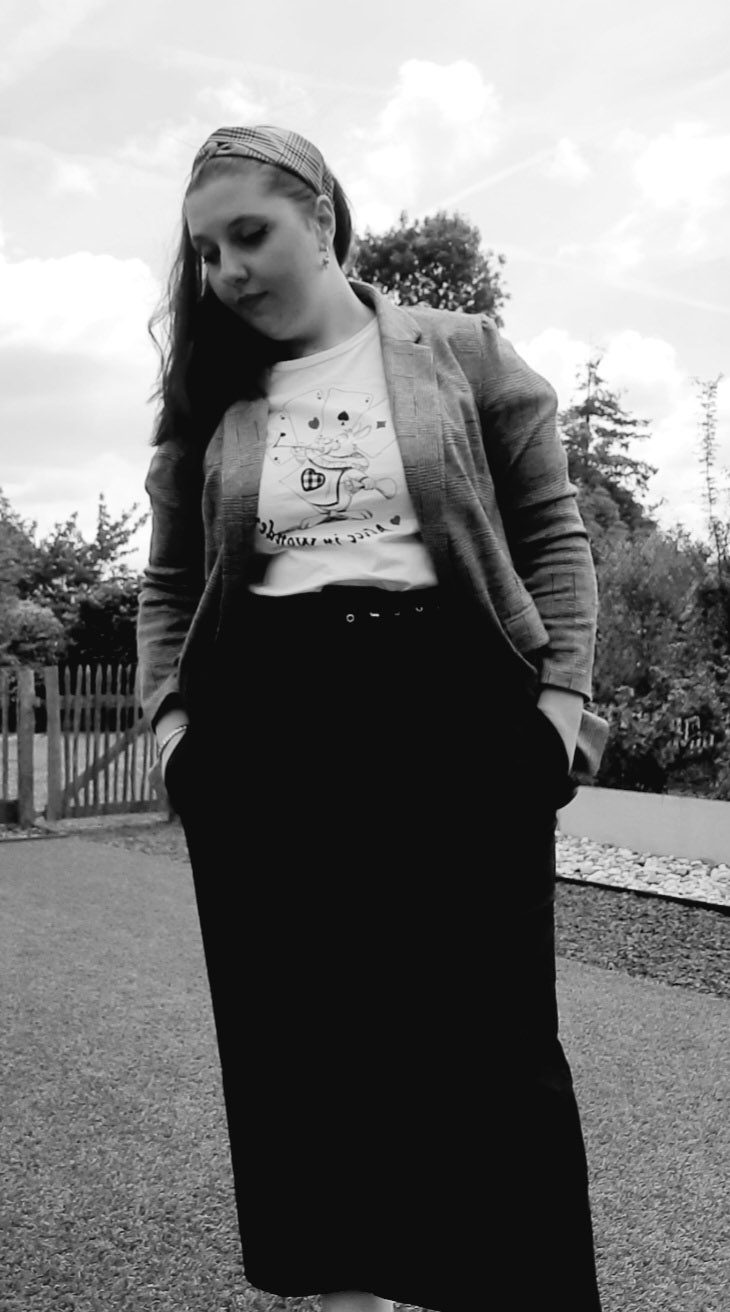