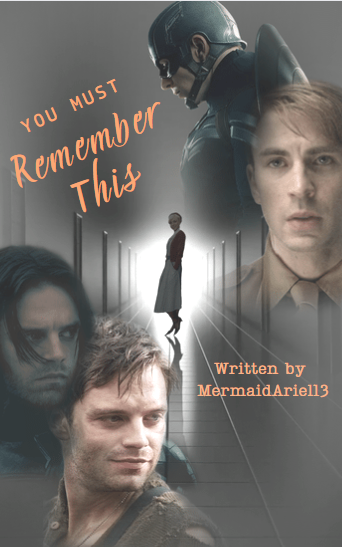 You Must Remember This

An assassin’s mark on Bucky Barnes, the Winter Soldier, forces him to unearth not only his own past but the one of the woman he claimed to hate.

After the events that lead the Avengers to fall apart, Steve Rogers entrusts his friend Bucky Barnes to the Crown Prince of Wakanda. But after only a few days, an assassin is caught in Wakanda. Her codename – Nemesis. Her mission – to kill the Winter Soldier.
In their search for answers, Steve and Bucky find a link to someone from their past, someone they never thought they would hear of again – Evelyn Rogers, Steve’s twin sister. The pair discover that she died in a fire in the 60s. The only thing that was retrieved from the ashes was a strongbox containing several letters and a carefully wrapped package for one James Buchanan Barnes.
Evelyn’s final legacy is her diary, which Bucky finds strange. She would never have left him anything personal since they hated each other. And how could she possibly have known he was still alive?
Pushed on by Steve, Bucky reads Evelyn’s final words, and page by page, his memories return. But as he nears the end of the diary, it becomes clear that some memories should have remained lost.