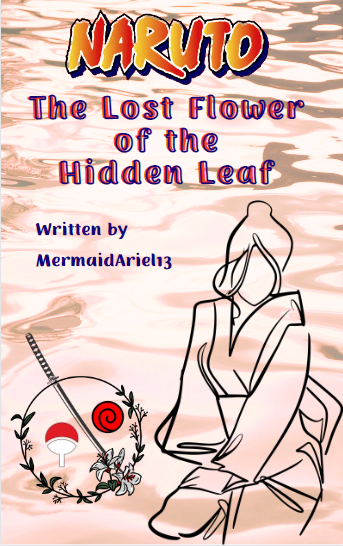 The Lost Flower of the Hidden Leaf

A student geisha assassin of the Hidden Leaf learns there is more to her forgotten past than she ever guessed. With a prewritten path of bloodshed before her, and two former friends clashing for her affection, can Katana still allow her heart to love?

Naruto Uzumaki and Sasuke Uchiha couldn’t be more different. One is a disruptive troublemaker who no one wants to have around, the other is a straight-A student who is admired by everyone. But they are also the same; orphans who lost everything and don’t have anyone left in their lives – except for one person.
Katana has been a close friend to Naruto and Sasuke since their childhood. Found by Leaf Shinobi when she was 4 years old, with no recollection of who she was, Katana is condemned to a life as a geisha assassin of the Land of Fire. But she is defiant. She longs for freedom, away from the strict existence she is forced to live and dreams of the day that she will be reunited with her family.
Yet, the truth about Katana’s past, present, and future turns out to be more devastating than she ever guessed. Her love for Naruto and Sasuke will save them… or destroy everything.